You’re in the town with the most sundials of the whole state: 47! And they´re all different. Can you read the time?

Find at least five. How long will it take you? Tick-tock, tick-tock…

The mountain of Montcabrer is very dear to the inhabitants of Cabrils. In 1565 a cross already existed and it has a lot of meanings: protection against storms, hailstorms and evil curses. It is also a point of reference for the fishermen. Get to know its legends about witches and shepherds!

In the 17th century, the existence of a cross at the top of Montcabrer Hill has already been documented. On the 1st of May 1707, a heavy rain seriously damaged the fields and crops of the whole area. As a sign of protection against storms, hailstorms and diabolical curses, on 7 June of that same year a wooden cross containing the relics of the Holy Martyrs of Vilassar de Dalt was placed in this location.

Twenty years later, a lightning damaged the cross and was replaced by an iron one. The relics were returned to their place of origin. The cross was removed during the Civil War and once it was finished, the village of Cabrils placed a new one that was replaced by the current one in the mid-eighties.

According to news acquired in a letter written in 1907 by Dr. Pablo Pozo y Almera, Rector of Cabrera de Mar, the current cross was placed around 1872 due to the repairs that the justice system of Vilassar de Mar and Cabrera de Mar demanded from some ill-advised people who, for amusement, ripped out the existing one. Some vandals of Vilassar de Mar, without considering the bad deed they were going to do, went up on the day of the dead and threw the cross on the ground and destroyed it. Caught by the police of Cabrera de Mar, they were punished by the town councils of Cabrera and Vilassar de Mar, were ordered to pay for a new cross and take it to its original place, and this is the one we can see today.

A modernist house designed by the architect Eduard Ferrés, commissioned by Pedro Sitges Bassa, an Indian who made his fortune in America.

On the facade are a Catalan and an American. How do you know who’s who?

Have you ever dreamt about painting the walls of a house with your drawings?

Well, this is what Carmen Rovira, a naive art painter, did. Look at the colors! They´re full of animals, birds, trees, plants, flowers, the sea… Find the one you like most!

Go out into the courtyard and find the clue to a city where Carmen Rovira lives, works and paints.

The ovens are not the only remains of the Roman era in the town. Can you find another one?

This building was the nave of a textile factory. Look at the iron columns and the floor: a huge and beautiful puzzle made of modernist tiles with very different models!

Inspired by this floor, draw the one you would put in your room.

When they realized that there were related tiles and ordered them, the image of a woman with the coat of arms of Barcelona appeared.

This library is located at the latest and most renovated building of Can Manyer Industrial Complex. It is one of the last surviving witnesses of Vilassar’s industrial textile past. Its architecture is characteristic of an industrial complex from the end of the 19th century with large spaces supported by iron columns and hydraulic tiles.

How is a hydraulic tile made?

A hydraulic tile is made inside a squared mould made of separate cells, each for one colour. The pigment is poured and is then cemented on top. When the water evaporates (hence the hydraulic name), it is ready.

The Barcelona of Vilassar de Dalt

The floor of Can Manyer Library is an immense puzzle made of modernist tiles. Apparently, at the beginning of the twentieth century, rejected or surplus of hydraulic tiles were used to reinforce the first floor.

In restoring the floor they discovered that there were pattern coincidences between the tiles. Photographs were taken and ordered and the image of a woman with the Barcelona coat of arms appeared.

It still remains unknown who the author of this allegory is, the workshop the tiles came from or who would be the possible client of this artisan work.

The Laietans, a tribe of the Iberian people were among the first inhabitants of the Maresme. They made the villages in hills and this is an example, with a wall and a defensive tower and everything!

This is an Iberian settlement established at base of Silla del Obispo Hill (300 m), in Sierra de Marina mountain chain, founded by the Laietans tribe towards the end of the 5th century BC. Its most splendorous moment must have been between the 5th and 3rd centuries BC and its disappearance dates back to around 200 BC with the arrival of the Romans.

The core of the settlement was distributed in terraces to bridge the slope. The village was walled and had a defense tower.

Imagine you are a laietà and write your name in the iberian alphabet. 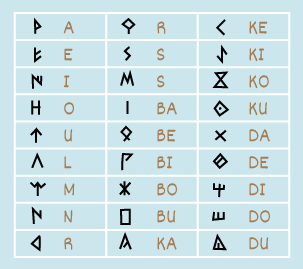 In the town the famous Ulysses dish was found and in September we celebrate it for a whole weekend with cultural and gastronomic activities.

Ulysses Dish dates to the 4th-5th century AD and was found in a well through archaeological work carried out at Can Verboom site in 1999.

This dish is the main preserved piece of the town’s heritage. It illustrates two passages from Homer’s Odyssey: Ulysses tied to his boat and tempted by mermaids on the one hand, and Ulysses at Circe Temple, on the other.

Come and do the activities available for you! Be a designer for a day, find out what a print is and the techniques to make it happen.

Find the character from “La Fabricanta” on the pastime page and paint the dress with the colors and patterns you like best.

The Stamping Museum is the only museum in Spain that specializes in textile printing.

In the Can Ferrerons neighbourhood we find the archaeological remains of a Roman village with the only building with an octagonal floor plan known in Catalonia.

The town festival of Premià de Mar is like living a movie! Its protagonists are: the pirate Omar and crew (who invaded the town), Martí and fiancée, Esther. Come and help us fight them.

How do they defend themselves against the pirates from Premià?

Every year, Premià de Mar is invaded by pirate Omar and all his crew. This happens on the Festa Major and it goes as follows:
Waiting for the arrival of the pirates, people of Premià, with Martí at the head, parade until the beach where the party starts. While they wait impatiently, there is a magnificent show about the elements of the sea while the dances and the sound of the trabucaires (name given to those holding a weapon called “trabuc”) are heard. A sea of fire illuminates the Coast of Maresme to alerts us of the arrival of the boats and, therefore, for the people of Premià to start getting their weapons ready.

The pirates arrive, disembark and take prisoners, who pared towards City Hall square led by Omar the Giant and a group of drummers and gralla players.
People of Premia and trabucaires try to offer resistance by spraying them with water. Giant Omar, leader of the invaders, has noticed among the prisoners Esther, a woman who looks and smiles at him with shy but daring attitude. The girl steals Omar’s heart and so the pirate promised her the earth, he even promised to abandon piracy, but Esther resisted.

Enraged and accused by the defensive movement organised by people from Premià, Omar decides to set the City Hall ablaze. The pirates, with a great effort, manage to eliminate the last focus of local defence troops and read out the rules that will govern the city during the holidays.

Thus, there are three main characters in this romantic story accompanied by real representation which at the same time helps to soften a dramatic story: Omar, assailant pirate of the city of Premià de Mar who falls in love with Esther, Martí’s fiancée, people of Premià and the town defenders in front of the crew commanded by pirate Omar.